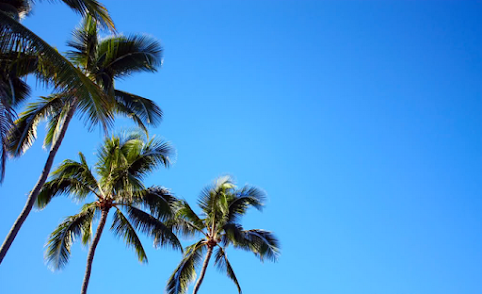 The Chamber of Commerce has taken an interest in the operation and implementation of the Worker’s Compensation scheme for many years and there is no doubt that workers need insurance cover for accidental injury or death.

However, employers have a great number of concerns.

The existing scheme arises from the very outdated Workers Compensation Ordinance 1964. The Chamber agrees with Internal Affairs that the ordinance needs to be “reviewed to adjust process and rates to reflect more modern times”.

The Chamber was very concerned when, in 1995/6 the government abstracted almost

$2 million from the Worker’s Compensation Fund to pay for unrelated activities.
From the Chamber’s perspective, this has fatally undermined employers’ confidence in the integrity of the fund. The Chamber has not seen any evidence that this money was ever restored (with interest) to the fund.
The Chamber has further issues:
• The National Superannuation Fund (CINSF) currently runs a compulsory life insurance scheme, which covers all workers in the country. This insurance overlaps with the Worker’s Compensation Scheme, and is an unnecessary duplication of cost for all concerned.
•Internal Affairs is not resourced to run a Worker’s Compensation Scheme, which is more in the nature of an Insurance Scheme. Anecdotally, there are numerous accounts of unfortunate outcomes from the existing scheme.
• The premiums being charged bear no resemblance to the reality of insurance costs and appear extremely arbitrary. For example, the premium for port workers is 40 times higher than that for office workers - an entirely unrealistic amount.
So:
• The fund has been mismanaged by government in the past.
• It is acknowledged by Internal Affairs to be outdated and in need of review.
• It has unrealistic premiums.
• And it is still (we understand) owed capital and/or interest from government.
• It has understandably not had universal enforcement in decades for these reasons.
The proposed review is well overdue, and the Chamber supports such a review if it is open to all stakeholders, and would then be providing submissions to it.
The Chamber is strongly of the view that the Worker’s Compensation Fund should be transferred to CINSF’s existing insurers providing life cover for workers. As professionals in this field they are much better placed to administer a scheme properly and impartially, with realistic market premiums and transparent processes.
The Chamber and its members would have confidence in such professional insurers and their management and stewardship of premiums.
In fact, were the balance of the existing Worker’s Compensation Fund (and particularly the approximately $2 million reimbursement from government) to be paid to the CINSF Insurers, there might not be a need for any increase in life insurance premiums at all to cover accident compensation. It would be useful for an independent review to take a look at this and to make a determination.
Meanwhile the Chamber finds it absurd that Internal Affairs would embark on a belated campaign of enforcement of a scheme which everyone acknowledges is flawed and just when a long-overdue review is imminent.
The Chamber’s recommendation to all concerned is to get on with an inclusive review, reform the scheme, and put it under professional management.
Only then will employers have the confidence to fund it.